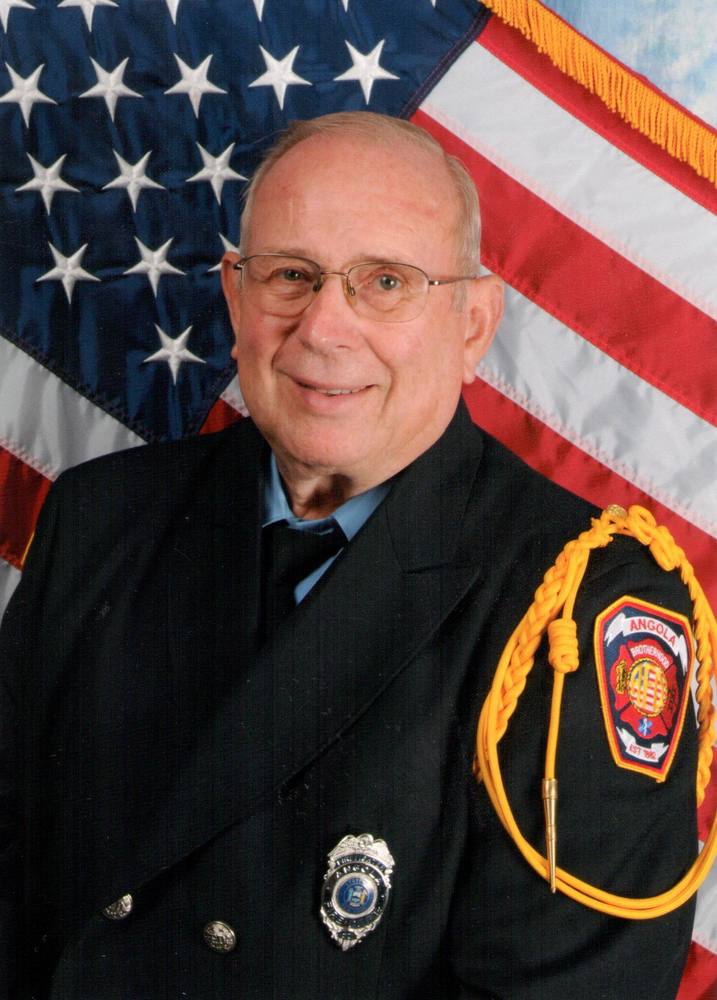 Obituary of Floyd A. Milliken

Please share a memory of Floyd to include in a keepsake book for family and friends.
View Tribute Book
Floyd A. Milliken Of Angola, NY . Born April 16, 1934 to Russell and Genevieve (Holt) Milliken in Coral, PA, Died Sunday, November 28, 2021 at age 87. He was the beloved husband of Janet (nee Carlson) and the late Dwynell (nee Lohr); Floyd is survived by his children Scott (Kimberly) Milliken and Kimberly (Mark) Manzoni and grandchildren Steve Manzoni, Alex and Jordan Milliken. He is the brother of Cynthia (Richard) Stoner and the late Phyllis (Late Chester) Baker. Floyd was the stepfather of David (Beverly, Paul (Dawn) and Ronald (Michelle) Hornberger; step grandfather of Chad, Trace, Bohen, Kess, Kira, Logan Hornberger and Sloane Niemet. He was a devoted 50 year member of the Angola Volunteer Fire Co. and a member of the First Church of Evans in Derby, NY. He retired from the Ford Stamping Plant in 1992 where he worked salvage and more recently as an instructor. Floyd leaves behind a host of loving friends. Family will be present to receive friends Thursday, December 2, 2021 from 4-8 PM at the ADDISON FUNERAL HOME INC. 262 N. Main Street, Angola, NY. Funeral services will be held Friday at 11 AM in the First Church of Evans, Derby, NY. Link to video of Floyd Milliken Funeral Service: https://www.hdezwebcast.com/video/27123
To plant a beautiful memorial tree in memory of Floyd Milliken, please visit our Tree Store
Thursday
2
December

Look inside to read what others have shared
Family and friends are coming together online to create a special keepsake. Every memory left on the online obituary will be automatically included in this book.
View Tribute Book

Share Your Memory of
Floyd
Upload Your Memory View All Memories
Be the first to upload a memory!
Share A Memory
Plant a Tree