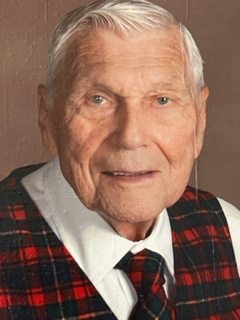 Please share a memory of Eugene to include in a keepsake book for family and friends.
View Tribute Book
Eugene Charles Chillcott Age 96, died peacefully in Auburndale, Florida on February 25, 2022. Gene was born in Batavia, NY. He spent most of his life in WNY. He graduated from Parker High School in 1943. After graduation, Gene joined the US Navy and served his country during WWII aboard the Destroyer Escort, USS Swasey in the Atlantic and later in the Pacific theater. He married his high school sweetheart in 1945. They had three sons, Gary and identical twins David and Douglas. Gene worked for M&T Bank for 33 years serving numerous WNY branches. He also worked for the Buffalo Courier Express over 20 years as a newspaper distributor. In retirement, Gene enjoyed many years traveling the US in the comfort of his RV. He also spent winters in San Antonio, TX. Gene is survived by two sons, David and Gary, three grandchildren, and seven great grandchildren. He was proceeded in death by his brother, former wife, and youngest son. Interment will be in the Florida National Cemetery. Arrangements by Addison Funeral Home Inc.
To plant a beautiful memorial tree in memory of Eugene Chilcott, please visit our Tree Store

A Memorial Tree was planted for Eugene
We are deeply sorry for your loss ~ the staff at Addison Funeral Home Inc.
Join in honoring their life - plant a memorial tree
Online Memory & Photo Sharing Event
Online Event
About this Event

Look inside to read what others have shared
Family and friends are coming together online to create a special keepsake. Every memory left on the online obituary will be automatically included in this book.
View Tribute Book
Services for Eugene Chilcott
There are no events scheduled. You can still show your support by planting a tree in memory of Eugene Chilcott.
Plant a tree in memory of Eugene

Share Your Memory of
Eugene
Upload Your Memory View All Memories
Be the first to upload a memory!
Share A Memory
Plant a Tree