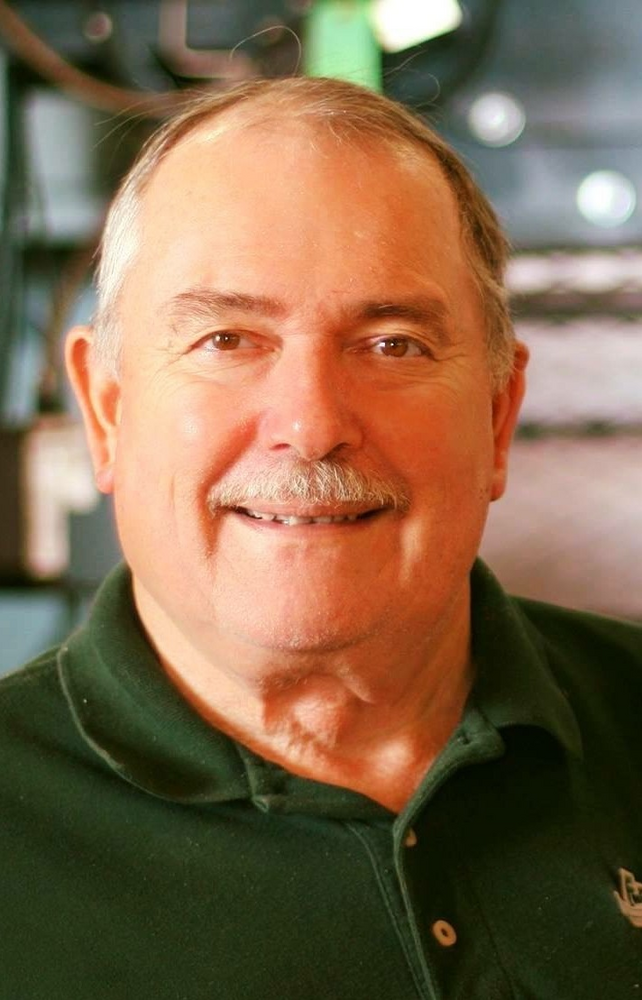 Please share a memory of David to include in a keepsake book for family and friends.
View Tribute Book
David C. Ibach Jr., 73, died unexpectedly Friday, June 24, 2022, at his home in Hereford, Texas. Born in Lackawanna on Jan. 24, 1949, he grew up in North Evans and was a graduate of the Frontier High School class of 1967. Dave was a businessman and fighter through and through. His unmatched work ethic started at just 6 years old, when he began selling homegrown produce door-to-door from his toy wagon. A car accident at 18 permanently left him with little mobility on his left side, but he never once complained or even made mention of the hand he was dealt. He overcame every obstacle life threw his way — including cancer —- and got ahead simply by working harder than the next guy. After high school, he earned a degree from ECPI and operated Garden Land in Hamburg before going into business with his father, David Sr. The pair led Ibach’s Garden Center on Route 5 in Evans for several years. Dave was a longtime resident of Collins and Silver Creek, where he worked as an estimator at Excelco - Newbrook, Inc., for 16 years. He later staked his own claim as president and CEO of Ferrell-Ross Roll Manufacturing and Gearn, Inc., in Hereford for nearly 20 years until his death. He had an incredible mind and was always thinking four steps ahead. He was an artful engineer, a keen inventor and a fan of gardening, Corvettes, Kessler whiskey and the Buffalo Bills. But none of those passions could compare to his love of being a grandpa to 13 beautiful grandchildren. He is survived by his wife, Dana; four daughters: Lisa (Robert) Dugger, of Fort Myers, Fla., Amy Ibach, of Cape Coral, Fla.; Kimberley Ibach, of Dunkirk; Ashley (Justin) Dittiger, of Silver Creek; NY a son, David III (Heidi) Ibach, of Mooresville, N.C.; and step-daughters, Makayla Castanon and Melynda McClellan, of Savannah, Ga. Dave is also survived by Theresa Ibach, of Dunkirk, and Cathy DePasquale Horgan, of Fort Myers, Fla.; four brothers: Daniel, of Dunkirk, Duane (Erica), of Angola, NY Douglas, of Derby,NY and Jeff (Vivian), of Beaumont, Calif.; a sister, Heidi (Gary) Hill, of Maysville, Ga., and several nieces and nephews. Dave was preceded in death by his mother, Rora (Mecca) and father David Sr. Funeral services will be held Wednesday, July 6, 2022 at 2:00 PM in the ADDISON FUNERAL HOME INC. 262 N. Main Street, Angola, NY 14006. Interment services will follow in the St. Vincent de Paul Cemetery, North Evans, NY
To plant a beautiful memorial tree in memory of David Ibach, please visit our Tree Store

A Memorial Tree was planted for David
We are deeply sorry for your loss ~ the staff at Addison Funeral Home Inc.
Join in honoring their life - plant a memorial tree
Online Memory & Photo Sharing Event
Online Event
About this Event

Look inside to read what others have shared
Family and friends are coming together online to create a special keepsake. Every memory left on the online obituary will be automatically included in this book.
View Tribute Book
Services for David Ibach
There are no events scheduled. You can still show your support by planting a tree in memory of David Ibach.
Plant a tree in memory of David

Share Your Memory of
David
Upload Your Memory View All Memories
Be the first to upload a memory!
Share A Memory
Plant a Tree