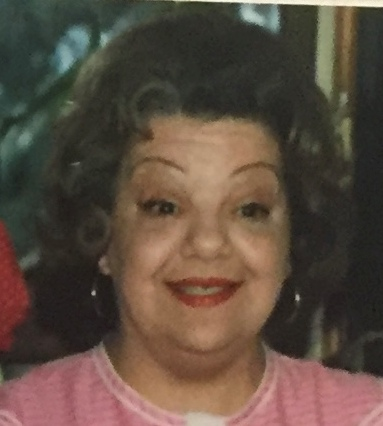 Please share a memory of Josephine to include in a keepsake book for family and friends.
View Tribute Book
BLANCHARD, Josephine L. (Nee Vento) Of Derby, NY. Raised in Buffalo, Josephine married her husband Tom in 1955. During their 61 years together, they raised 3 children of their own. They also became known as Ma and Pa Blanchard, with Josephine freely dispensing love and guidance to many teens in the late 1960’s and 70’s. Family & friends of all ages who have benefitted from her love, humor, advice and compassion usually received it along with a cup of her own special blend of great coffee and wonderful food. She was “adopting” people into her family until her passing on August 3, 2022 at the age of 84. She is Wife of the late Thomas D. Blanchard; dearest mother of Jean (Victor Jr.)Blanchard-Doino, Thomas (Eve) Blanchard and Dean Blanchard; sister of Petrina (Peter Ueberschaer) Vento; grandmother of Victor A. (Ashley) Doino III and Dr. Alexandria (Brandon) Blanchard-Johnson; great grandmother of Dominic, Levi and Mila Doino and Severin and Vincenza Johnson. Also survived by Cousin Michael Pugliesi and many family members of the heart. Services will be held in the Autumn. Memorials may be made in Jospehines name to Hospice Buffalo, or Cancer Research. Arrangements by ADDISON FUNERAL HOME INC., Angola, NY
To plant a beautiful memorial tree in memory of Josephine Blanchard, please visit our Tree Store

A Memorial Tree was planted for Josephine
We are deeply sorry for your loss ~ the staff at Addison Funeral Home Inc.
Join in honoring their life - plant a memorial tree
Online Memory & Photo Sharing Event
Online Event
About this Event

Look inside to read what others have shared
Family and friends are coming together online to create a special keepsake. Every memory left on the online obituary will be automatically included in this book.
View Tribute Book
Services for Josephine Blanchard
There are no events scheduled. You can still show your support by planting a tree in memory of Josephine Blanchard.
Plant a tree in memory of Josephine

Share Your Memory of
Josephine
Upload Your Memory View All Memories
Be the first to upload a memory!
Share A Memory
Plant a Tree