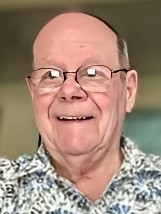 Please share a memory of Richard to include in a keepsake book for family and friends.
View Tribute Book
Richard L. Hazard, Sr. of Lake View, NY, passed away on January 18, 2023 at the age of 86. He was born in North Evans, NY to Richard and Lucy Hazard. He is predeceased by his siblings Shirley (Pete), Jack and Lenny. His younger brother, David, has been huge support to his brother and the family especially during the last few years and we couldn’t have handled this nearly as well without him. He is our rock. Rich is predeceased by his first wife, Jeanne Meaney whom he had five children with, Richard, Jr (Sharon), Mark (Chrissy), Donald, Bonnie and Michael. Rich is also predeceased by his second wife, Nancy Ross and has a step-son, Peter Ross (Elizabeth). He leaves behind grandchildren Jason, Rebecca (Ben), Alanna, Sierra, Christian, Corey, Brandon, and Kayla plus great-grandchildren, Nora Jean and Malickai. Rich worked in a multitude of jobs, from press operator to school bus driver. After retirement, he loved to work on small engines. Known as “Mr. Fix-It”, Rich could fix anything, or so he tried, and had every tool known to man. If he didn’t know how to fix it, he would “MacGyver” it. Rich discovered video games somewhat late in life and immediately became obsessed. He could sit for hours surrounded by his gaming gear and play his PS5 for hours, usually while his beloved Yankees were on the other screen. Unfortunately, he ran out of time and didn’t finish the quest from Elden Ring. When Rich entered home Hospice Care, he was living life on his terms. He did as he pleased and ate what he pleased. He had a special fondness for donuts, cookies and ice cream. The family would like to acknowledge the amazing care our father received from Hospice, especially Stephanie, Nicole, Corrine and Brendan. You are all angels! In lieu of flowers, please consider a donation in Rich’s name to The Hospice Foundation, PO Box 590, Buffalo, NY 14240-0590 or by calling (716) 686-8090.
To plant a beautiful memorial tree in memory of Richard Hazard, please visit our Tree Store
Saturday
11
February

Look inside to read what others have shared
Family and friends are coming together online to create a special keepsake. Every memory left on the online obituary will be automatically included in this book.
View Tribute Book

Share Your Memory of
Richard
Upload Your Memory View All Memories
Be the first to upload a memory!
Share A Memory
Plant a Tree